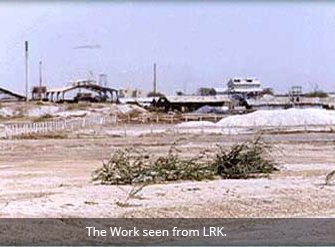 PMW is the World's third oldest producer of magnesium compounds. From its very inception and by the standards set by their ancestors, the Company is committed to social and economic upliftment of this backward and arid region. It has made substantial contributions towards its development. PMW has donated a school and a hospital and continues to contribute to the betterment of the local population.

PMW has a strong commitment to the natural environment of the fragile ecosystem of the Little Rann of Kachh, a notified wilderness area of 4953 sq. kms. It is not only the last known habitat of the endangered Asiatic wild ass (equus hemionus khur) but plays host to a variety of cranes, storks, raptors along with the few remaining gazelles, wolves, desert foxes and numerous other wild species. The Pioneer Magnesia Works was established in 1915 at Kharagodha in the Little Rann (Desert) of Kutch. Prior to that the two founders, Behramji Lalkaka, Esq., JP, and his cousin the Hon'ble Sardar Sir Rustom Vakil, had started making magnesium chloride by carting the bitterns from that region all the way to Ahmedabad by train in 1913, for further process. By 1915 these two gentlemen ventured forth into the wild and arid region of Kharagodha, where the raw material "bitterns" was available. It was considered the best magnesium chloride in the world. It was exported all over the British Empire.

At that time it was an absolutely essential textile auxiliary, imported from Germany. Anticipating the outbreak of hostilities with Germany, Sir Rustom, who was then the President of the Gujarat Mill Owners Association set up the unit.

The region was not entire new to the two founders whose forefathers had made their presence felt in the area almost a century before then. After the Peshwa's exit from Gujarat, Mr. Dunlop, the Collector of Ahmedabad sent a report on October 2nd, 1820, captioned"Practicability of deriving Revenue from a Salt Monopoly in Bombay Presidency". Encouraged by this report the House of Commons authorized the East India Company to form a Select Committee in 1836. The entire desert region was surveyed by Douglas Murdoch and James Gillander in 1837. 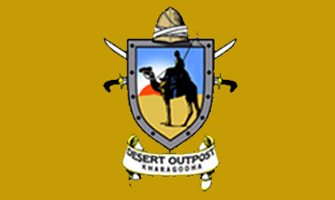 PMW offers eco-tourism with its Desert Outpost, a wildlife viewing resort that offers to the visitor the birds and animals of the region in their natural habitat. We invite you to visit the site www.desertoutpost.in for more detail.